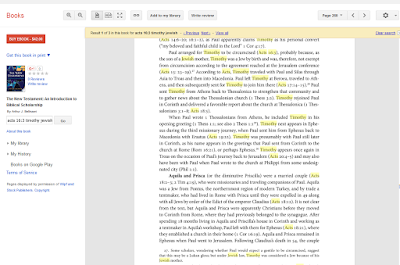 I think what I've written below is accurate:

Einstein proposed his theory of special relativity in 1915. The equations for general relativity, however, were published in 1917. Almost immediately, a Dutch astronomer named Willem De Sitter found that Einstein’s relativistic equations “predicted an exploding universe, in which the galaxies of the heavens moved rapidly away from one another” (Robert Jastrow, God and the Astronomers [New York: W. W. Norton, 1978]), 13. Another line of evidence supporting this conclusion had already been provided by Vesto Melvin Slipher in 1913. He observed that one dozen galaxies were in the Milky Way’s vicinity, “moving away from the earth at high speeds, ranging up to two million miles per hour. Slipher's hint was the first hint that the universe was expanding” (ibid). In the 1920s the expanding-universe concept gained momentum by means of further cosmological discoveries. Using a one-hundred inch telescope, Edwin Hubble and Milton Humason undertook monumental observations. See Brian Greene, The Fabric of the Cosmos: Space, Time, and the Texture of Reality (New York: Vintage Books, 2005), 229-233.
Posted by Edgar Foster at 11:29 AM No comments:

The Christian Parousia: "Presence" or "Coming"?

BDAG Greek-English Lexicon points out that παρουσία has these potential denotations: (1) "the state of being present at a place, presence" or (2) "arrival as the first stage in presence, coming, advent."

Sense (1) is clearly found at Phil 2:12 where Paul contrasts his own παρουσία with his ἀπουσία. 1 Cor 16:17; 2 Cor 10:10 also seem to be examples of παρουσία being used to mean "presence" although some believe that it may signify "arrival" in Paul's first letter to the Corinthians. See Rogers and Rogers, The New Linguistic and Exegetical Key to the Greek New Testament, p. 391. But compare Marion L. Soards, 1 Corinthians (New International Biblical Commentary), p. 364.

BDAG suggests that παρουσία in 2 Cor 7:6 and Phil 1:26 refers to the "coming" of Titus or Paul. However, one could just as well understand παρουσία in these verses as "presence" or "the state of being present at a place." See Moises Silva's work Philippians (The Wycliffe Exegetical Commentary), pp. 86-87. To witness examples of παρουσία employed as a terminus technicus (technical term) in the case of Christians and non-Christians, consult Moulton-Milligan, p. 497.

Regarding the use of παρουσία as terminus technicus for the "presence" of Jesus Christ, I find N.T. Wright's comments enlightening:

"But why should we think--except for reasons of ecclesiastical and scholarly tradition--that PAROUSIA means 'the second coming,' and/or the downward travel on a cloud of Jesus and/or the 'son of man'? PAROUSIA means 'presence' as opposed to APOUSIA, 'absence'; hence it denotes the 'arrival' of someone not at the moment present; and it is especially used in relation to the visit 'of a royal or official personage.' Until evidence for a different meaning is produced, this should be our starting-point" (Jesus and the Victory of God, page 341).

What does Wright mean by the "arrival" of Christ, however? In that same publication, he makes it clear that he is apparently referring to the "enthronement" of Christ and not to his so-called Second Advent:

TDNT makes the point even clearer in its treatment of παρουσία. Finally, Louw-Nida Greek-English Lexicon shows that ἔρχομαι possibly denotes: "to move from one place to another, either coming or going."
Posted by Edgar Foster at 8:55 AM 3 comments:

I like to suggest book titles when I run across them while doing research. One study that you may wish to consult is Maurice Wiles' Archetypal Heresy: Arianism through the Centuries (Oxford: Clarendon Press, 1996). Despite the title, Wiles provides a very sympathetic treatment of the "arch-heresy" that earned the vilification of churchmen like Athanasius and those of his ilk. Wiles' work is especially important since he has spent most of his academic career studying the history Arianism and how it developed through the centuries.

On page 12 of this publication, Wiles observes that
Arius (in his letter to Eusebius of Nicomedia) called
the pre-existent Son, PLHRHS QEOS MONOGENHS ('full god
only-begotten'). He evidently derived this title from
the Prologue of John's Gospel wherein the writer
employs MONOGENHS and PLHRHS (Jn 1:14) as well as QEOS
coupled with MONOGENHS in Jn 1:18. Wiles also notes
the textual variants for 1:18 (MONOGENHS QEOS or
MONOGENHS hUIOS) but points out Arius' ostensible
preference for the reading MONOGENHS QEOS. The
patristic scholar then writes:

"The text of St John's gospel left Arius in no doubt
that the Word or Son was a divine entity; he was QEOS.
But the same passage equally clearly implied that
there was a differentiation between the application of
that term to the Father and to the Word; the latter
was MONOGENHS QEOS" (Wiles 12).

Arius further appealed to Jn 17:3, which makes a
marked distinction between 'the only true God' and
'Jesus Christ'. Arius thus concluded that while Christ
is QEOS--the Father is ALHQINOS QEOS (a point earlier
observed by Novatian in De Trinitate 31). Moreover,
Arius wisely observed that Jn 17:3 did not simply
apply to the humanity of Christ since one would
apparently be "wrenching" the saying "from its context
in the gospel" by exegeting the passage that way
(13). Arius therefore concluded that the Son is a
creature: he is the divine Wisdom spoken about in Prov
8:22-31, who was created (KTIZW) and formed (QEMELIW)
as well as born (GENNAW).

Arius' reasoning is interesting here since he
believes, as did Eusebius of Nicomedia, that in this
case, begetting and creating refer to the same
phenomenon. Eusebius of Nicomedia pointed to such
texts as Deut 32:18 where we read that God brought
forth (begot) Israel and He is even said to have
begotten the "drops of dew" in a poetic sense (Job
38:28). Ergo, the language of procreation can be
employed to delineate a created being, one brought
forth NON EX DEO, SED NIHILO. Consequently it is not
hard to see how Arius reasoned that the Son is a
creature although the Son was "begotten timelessly
before God created the worlds."

Ironically, though affirming the creaturely status of
the LOGOS, Arius still believed that the Son should be
worshiped as God. As Wiles recounts the theological
reasoning of Athanasius, Arius' arch-rival, we read:
"If the Son is not essentially God, then the only
alternative is that he is a creature. And that both
precludes him from fulfilling any saving role
[according to Athanasius], and also means that the
worship which Arians offer to him is a form of
blasphemous idolatry" (7-8).

Athanasius seems to be partly correct at this point, if
by 'worship', Arians were rendering LATREIA or
PROSKUNEW in a manner that belonged to only Almighty
God. Supposedly the Arians vigorously sang songs of
praise (hymns) to the Lamb of God and worshiped Him as
if he were God, since he 'participated' in God. If
this depiction of the ancient believers of Jesus
Christ is accurate, then we can confidently contend
that the Arians markedly differentiated themselves
from Jehovah's modern-day Witnesses who only render
LATREIA to the one identified as Jehovah (YHWH) in
Holy Writ. But I hope this information will give you an
idea of the gems that are contained in Wiles' study.
Now tolle, lege! :-)

Maximilian Zerwick insists that εἰς τὸ ὄνομα in Mt 28:19 is being used sensu stricto "to suggest the end and effect of baptism" in the name of the Father, the Son, and the holy spirit: he explicitly connects baptizing with εἰς τὸ ὄνομα. I think Zerwick is also stressing the difference between εἰς and ἐν. See his work Biblical Greek, section 106.

While Zerwick perceives a noticeable lexical distinction between εἰς and ἐν without putting too much emphasis on there being one name for the Father, the Son, and the holy spirit. However, Zerwick does mention the Trinity while articulating the reason for Matthew using εις in 28:19 although I stress that he doesn't argue that all three have the same name.

By "end," I assume that he's referring to the telos of baptism (i.e., goal, purpose, function) and "effect" might be understood as its result (what baptism brings about). One is baptized (Zerwick possibly is arguing) "into" the name of Father, Son and Spirit rather than "in" the name of Father, KTL.

There may not be a major distinction between the two in this case, and for my purposes, it's not all that important.
Posted by Edgar Foster at 12:19 PM 4 comments:

Jesus utters a relatively simple utterance, but the syntax is noticeably rhetorical (with all probability). More than likely, the Lord intentionally spoke this way or that's how John recorded the account by means of divine inspiration.

What I mean by rhetorical is when Jesus states that Abraham rejoiced to see "my day," but he both saw and rejoiced. If we track the verse rhetorically, we seem to find the structure "rejoiced" (A), "to see" (B), "he saw" (B), and "rejoiced" (A). So the passage contains a literary crisscross.

I've long thought of something that I call the "Divine Delegation of Authority Principle." It seems that after Jehovah God brought forth his only-begotten Son, he has always delegated authority to others and thereby acted mediately through agents. In other words, it seems that Jehovah never does hardly anything directly: he effects the divine will through various agents in order to accomplish his purpose. Examples include:

4) Transmitting other covenants through angels

5) Resurrecting people through prophets, the apostles or Jesus Christ

The birth of Christ took place through/by means of the holy spirit, a force which has an interesting role in all divine acts.
Posted by Edgar Foster at 4:41 PM 3 comments: