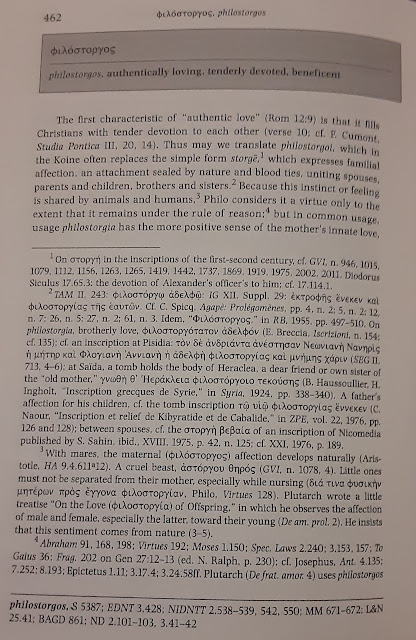 Posted by Edgar Foster at 4:04 PM No comments:

Posted by Edgar Foster at 3:26 PM No comments:

Let no man tell me, therefore, that the motions of the heavenly bodies constitute time. For when the sun stood still at the prayer of a certain man in order that he might gain his victory in battle, the sun stood still but time went on. For in as long a span of time as was sufficient the battle was fought and ended. I see, then, that time is a certain kind of extension. But do I see it, or do I only seem to? Thou, O Light and Truth, wilt show me.

Some people give this colloquial definition for empathy: the act of putting one's self in another person's shoes or walking a mile in the shoes of another.

Empathy is a good thing: right? What about having empathy for unbelievers (non-worshipers of Jehovah)? Is that ever allowed? Or should a Christian only empathize with his spiritual brothers and sisters?

Granted, Jehovah God empathized with his ancient people Israel (Isaiah 63:9; Zechariah 2:8). Yet, does that mean God does not feel empathy for those who don't serve Him, but who suffer daily? That is not the view of the biblical God: Jehovah reaches out to those who oppose Him and sin against the divine will (Romans 5:8). Furthermore, what does God (through the apostles) encourage His worshipers to do?

Besides weeping with those who weep and sharing in the joy of others (Romans 12:15), the apostle Paul exhorted first-century Christians to become imitators of God as beloved children and urged them to continue walking in love (Ephesians 5:1): empathy is an extension of Christian love (1 John 4:8).

So while Christians do not tolerate sin in their midst (Revelation 2:23), it is not sinful to feel empathy for those who weep--even for unbelieving ones who suffer (Matthew 5:43-45). Jehovah's Witnesses reach out to others with the good news of the Kingdom and they even provide material help to unbelievers at times, in imitation of their great God and Sovereign (Galatians 6:10). Moreover, we try to put ourselves in the place of others, to understand the pain they're feeling.

Of course, like any other quality, it's possible for empathy to become distorted. One could begin to make empathy the criterion for what's ultimately good or start to tolerate gross sins against Jehovah God as a result of "empathy." However, the misuse of empathy no more vitiates this fine quality than the misuse of love vitiates that quality. Therefore, it seems that Christians should be empathetic and sympathetic as directed by the scriptures.

A Brief Introduction to Latin Conjunctions

This blog entry constitutes an all too brief introduction to Latin conjunctions. As I work my way through this post, you will likely see a connection between Latin and Greek conjunctions.

Definition of conjunction: "In grammar, a connective or connecting word; an indeclinable word which serves to unite sentences or the clauses of a sentence and words, joining two or more simple sentences into one compound one, and continuing it at the pleasure of the writer or speaker" (American Dictionary of the English Language by Webster, 1828).

Conjunctions may function coordinately or subordinately. What follows below represents only a portion of what there is to be known about Latin conjunctions.

I. Types of Conjunctions and Their Functions:

1. Copulative-particles that join words or sentences together. According to A Grammar of the Latin Language (Karl G. Zumpt):

Conjunctions may be divided, in reference to their signification, into the following classes :

1. These are copulative : et, ac, atque, que enclitic, neque or nec containing a negation which belongs to the verb, and (the two negatives destroying each other) nec or neque non equivalent to et. Both the words for “also’ belong to this class, etiam and quoque, with the adverbial item and itidem. As these particles connect things which are to be considered jointly, so the disjunctives those which are to be considered singly.

δέ in Greek is copulative and adversative: but the two uses are not always clearly to be distinguished (Smyth, sec. 2834).

"καί is both a copulative conjunction (and) connecting words, clauses, or sentences; and an adverb meaning also, even" (Smyth, sec. 2868). See also sec. 2903 of Smyth.

a) aut must be used when the alternatives are mutually exclusive; as,—

b) vel, -ve (enclitic) imply a choice between the alternatives; as,—

Another example of correlatives used disjunctively is "neve . . . neve" (neither . . . nor)

3. Inferential-Conjunctions that express a deductive relationship between words (e.g., therefore). Latin expresses this idea by the use of such words as ergo, itaque, igitur, ideo, idcirco, proinde, proptera, and more. See Grammar of the Latin Language by Leonhard Schmitz (page 157).

4. Adversative-"implying a connection of words, but a contrast in thought: as, sed, but" (Allen and Greenough's New Latin Grammar, 223a).

Other Latin adversatives are autem, verum, at, tamen, and enim (inter alia).

A. Asyndeton-The Greek word ἀσύνδετον can signify a construction "not bound together." The Roman historian Tacitus employs asyndeton (zero conjunction) in order to move a story along quickly and to aid the memory of his audience. As David A. Black likewise points out, a noted example of this rhetorical device reportedly comes from Julius Caesar: Veni, vidi, vici ("I came, I saw, I conquered").

The Apostle Paul uses asyndeton in Romans 1:29-32, but I find 1 Corinthians 13:7 particularly easy to remember because of the stylistic device used there. For more information on asyndeton and its opposing device, polysyndeton, see D.A. Black's Linguistics for Students of NT Greek, p. 134.

B. Enclitic-The way that "enclitic" is being used here, it means "an enclitic word, as Latin que 'and' in arma virumque, “arms and the man.”

The enclitic -que may remind you of the famed controversy between the western and eastern church over the filioque clause. This example illustrates how Latin enclitics function.

Used adjectivally, the word can be defined thus:

(used of a word) "closely connected in pronunciation with the preceding word and not having an independent accent or phonological status."

Posted by Edgar Foster at 12:48 PM No comments:

Torah: Its Meaning and Textual Usage

What does the word "Torah/torah" mean? How is this Hebrew word employed in academic circles and religious textbooks? Moreover, how does the Bible use the term?

1) Definition: The Holman Bible Dictionary gives this definition for torah-"The Hebrew term most frequently translated 'law' in the Old Testament is torah , used more than 200 times. The central idea of torah is that of instruction received from a superior authority on how to live. Torah in the Old Testament came to mean the way of life for faithful Israelites. The Torah is more than just “laws”; it includes the story of God's dealing with humankind and with Israel.


2) How Scholars and Judaic Practitioners Use the Word: Torah sometimes refers to the first five books of the Hebrew Bible (the Pentateuch). But it may refer to law in general, to the oral torah, and to the entirety of Scripture and tradition.

Mark Rooker illustrates one way "torah" may be used:

3) The Biblical use of Torah: 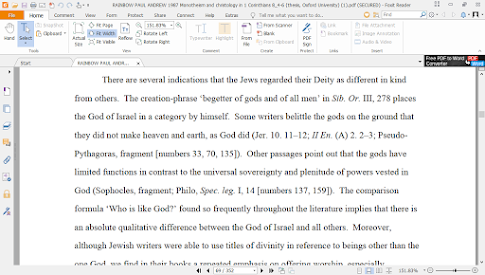 Rogers and Rogers: φιλόστοργος authentically loving, tenderly devoted, full of tenderness (TLNT; TDNT). It denotes the delicate affections mutually rendered by those who cherish one another w. natural affection, as the innate love of a mother, or as the love between a man and wife, or as parents and children, brothers and sisters (Godet; TLNT; NDIEC, 2:100-103; 3:40-43; 4:136).
Douglas Moo: After introducing all the exhortations in vv. 9–21 with a call for sincere love, Paul now narrows his focus, admonishing Christians to be “devoted” (philostorgoi) to one another in “brotherly love” (philadelphia). Both key terms in this exhortation, which share the philo- stem, convey the sense of family relationships.¹⁸⁸ Paul reflects the early Christian understanding of the church as an extended family, whose members, bound together in intimate fellowship, should exhibit toward one another a heartfelt and consistent concern.

James Dunn: τῇ φιλαδελφίᾳ εἰς ἀλλήλους φιλόστοργοι, “in brotherly love showing family affection to one another.” Both φιλ- words denote the love which is characteristically expected in a family: φιλαδελφία, love for brother or sister; φιλοστοργία, typically, love of parent for child (as almost always in Philo, Abr. 168, 198; Mos. 1.150; Spec. Leg. 2.240; Virt. 91, 128, 192; Praem. 158; cf. Legat. 36), but also of other family ties. In some contrast the Christian usage extends well beyond the immediate bonds of family (φιλαδελφία—1 Thess 4:9; Heb 13:1; 1 Pet 1:22 [cf. 3:8]; 2 Pet 1:7; 1 Clem 47.5; 48.1; φιλόστοργος—only here in the NT). But here too (as with ἀγάπη in 12:9) the transition should not be exaggerated. ἀδελφός was more broadly used for members of a religious association (see on 1:13; and further Lagrange); and φιλάδελφος could also denote a wider fraternal concern, for which love for brother was the pattern (as in 2 Macc 15:14; and note its frequent use as a title for kings, particularly the Ptolemies—see LSJ). Likewise more generalized uses of φιλόστοργος are well enough attested, where the type of family affection can be understood as capable of being extended fittingly to such as country or king or a pet animal (e.g.,  Polybius 16.17.8; Josephus, Ant. 4.135; LSJ; Spicq, 500–505; NDIEC 2:100–  103; 3:41–42). Michel notes the reputation the Essenes had for loving one  another (Josephus, War 2.119; borne out, e.g., by 1QS 1.9-10; 5.25; 10.26; CD  6.20–21). Nevertheless, the Christian use of these typically family words  does rather stand out in its consistency, and the combination of both words  underscores the point. This too is part of the redefinition of boundaries in  which Paul engages—a sense of family belongingness which transcended  immediate family ties and did not depend on natural or ethnic bonds. The organic imagery of the interrelatedness of the body requires to be supplemented by the emotional bond of family affection (“your feelings of deep  affection for one another”—NJB).

Thomas R. Schreiner: The first command in verse 10 brings to the forefront the family affection that should characterize the people of God. The word φιλόστοργοι (philostorgoi, loving dearly) denotes warm, familial love (so Aasgaard 2004: 173), as does the term φιλαδελφίᾳ (philadelphia, brotherly and sisterly love).9 The word φιλαδελφίᾳ is only used in about ten instances before Paul, and Paul may have been the first to use it metaphorically (Aasgaard 2004: 151). Paul conceives of the church as a family that is akin to one’s biological family, for all are united to Christ as brothers and sisters (cf. 1 Tim. 5:1–2).10 Thus warm affection should course among the members of the body.

Posted by Edgar Foster at 11:17 AM No comments: 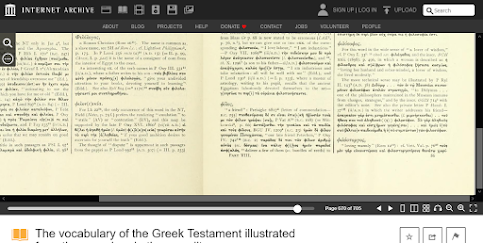 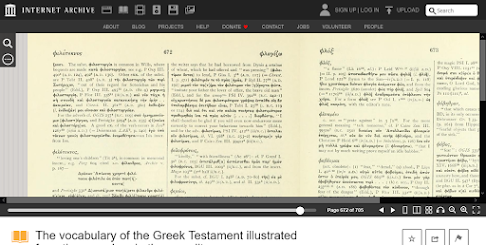 Posted by Edgar Foster at 2:38 PM No comments:

Posted by Edgar Foster at 2:16 PM No comments: